Every 1st August at 5:00 p.m., Warsaw freezes for a minute to commemorate the outbreak of the most fascinating insurrection of the WWII. It looks like this: https://www.youtube.com/watch?v=zv4FnkGyAbQ
The Home Army, the clandestine army created by Polish officers after the fall of Warsaw in 1939, organising the resistance in occupied Poland, gave the order to start an open fight. Warsaw had been subjected to horrendous terror by the Germans where the inhabitants were fished from streets blocked at both ends and then taken to camps, where whole families or houses were executed for hiding one Jew, where for one killed German ten Poles were hanged in the streets.......
The order to start the rising was accelerated by the announcement that the Germans called 100 000 Poles for digging the trenches as they had declared Warsaw Festung Warschau. Failure to arrive for the call would be punished. And that meant only one punishment: death.

The start of the Rising was marked as "W" Hour.


The Insurgents along with their assisting members of family, should the case be, were invited by the Museum and the city of Warsaw to come and stay at the expense of the organisers. I came with my Mother, 90, who has a bad sight and unstable walk. We were lodged in Radisson blu Grzybowska, and at the reception were presented with a welcome letter by the owner who felt honoured to be able to host heroes. 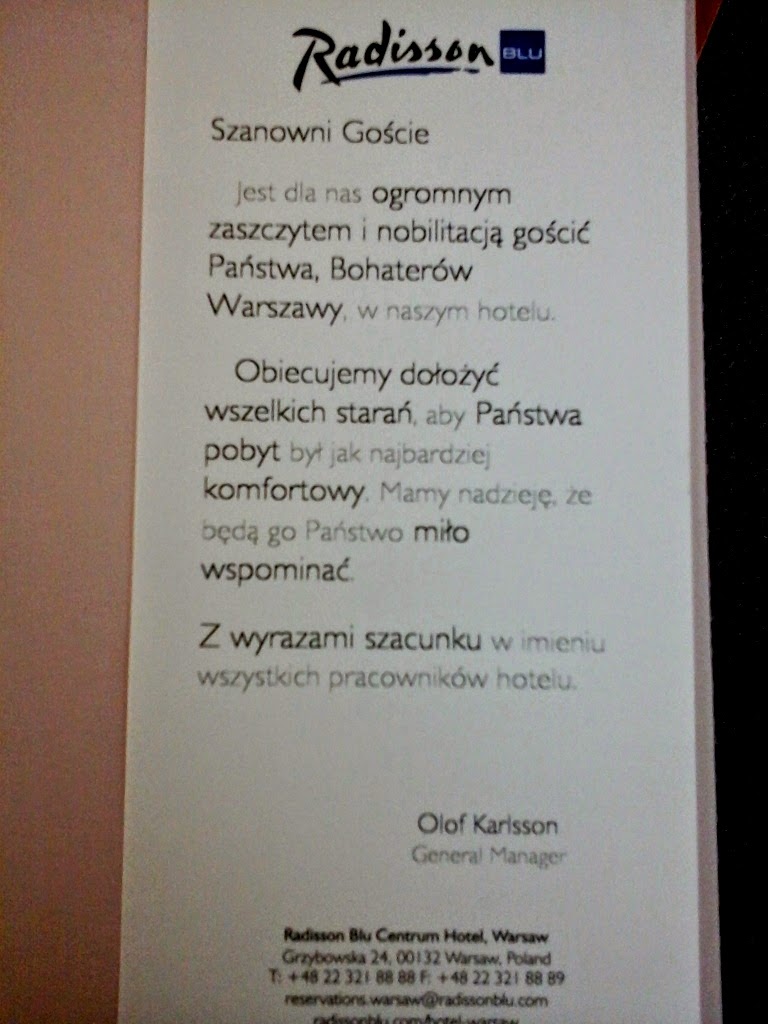 The celebrations were planned for 3 days.


On the arrival every former soldier was asked to collect the “event package” containing the programme and umbrella. On the first day in the morning there was a meeting with the presidents of the country and the city in the Yard of Freedom of the Warsaw Uprising Museum. There were special buses taking the guests from each hotel to the venue. The day was hot so the umbrellas were just the right thing. Many volunteers were milling around distributing mineral water. During the ceremony, the president awarded many persons with various medals. It was also announced that the historic sign of the resistance presenting the letter “P” based on an anchor, that used to be painted on the walls of the occupied city, had been protected by a special order by the president.

In the afternoon, at the Warsaw Town Hall there was another meeting to which the Insurgents were brought by special buses followed by a concert of songs written specifically for the occassion.

In the evening a new film “City 1944” by a young director was shown on the National Stadium. It was the first night performance; the regular shows in cinemas across the country start in September.

The next day saw the holy mass at the monument of the Insurgents in the Krasińskich Square at 6:00 p.m. The monument is located opposite the Military Cathedral.


After the mass there were some speeches and wreaths laying. 60 of them. This was followed by a concert “The Song of the Walls” where original texts of letters carried by small boy scouts from one part of Warsaw to another were cited, accompanied by music. 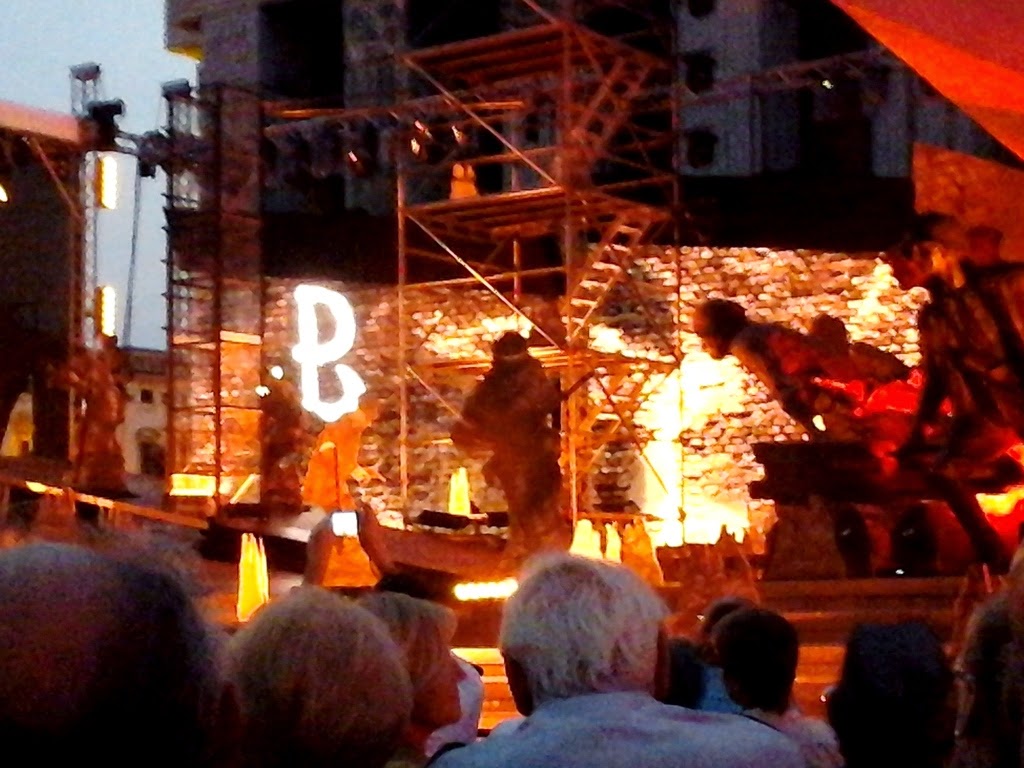 On the most important day, 1st August, celebrations in many parts of Warsaw started in the morning.


At noon there was an oak tree planting and the Change of Guards in the Piłsudskiego Square.


My Mother was approached by a radio reporter and was asked to give an interview. 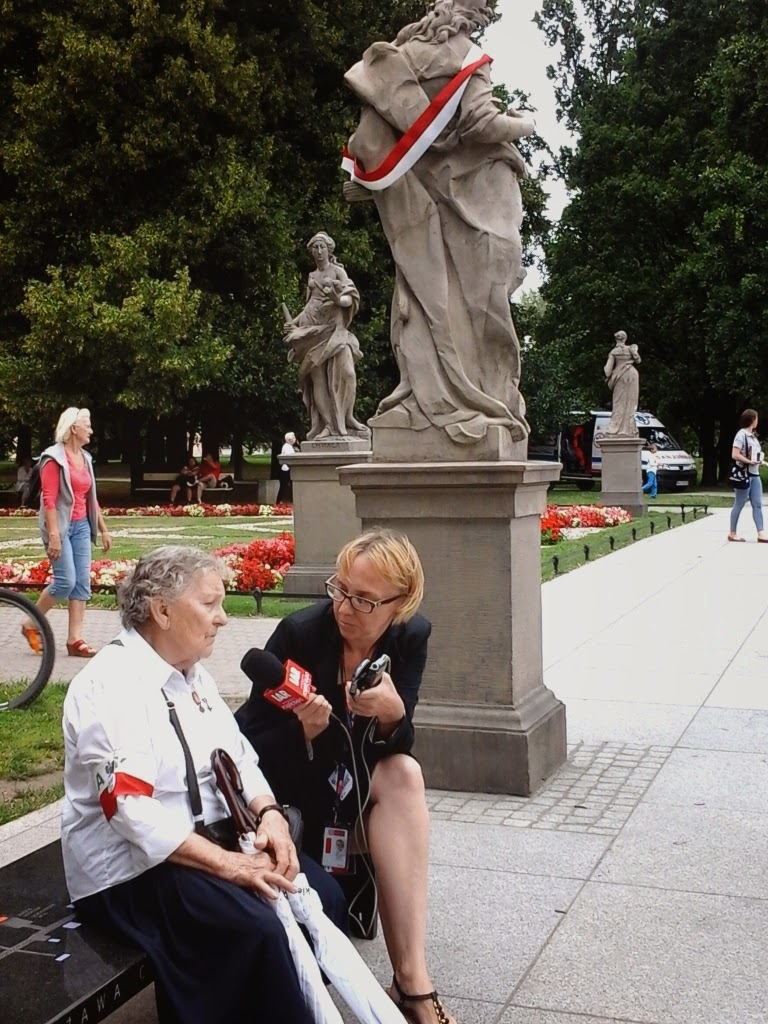 The old heroes were being transported by the buses to most of the sites and in the afternoon to the key event – the “W” Hour at the military cemetery with thousands of graves and the Gloria Victis monument where the central ceremony is held every year.﻿﻿


From that cemetery the buses took us to another cemetery which holds the bodies of at least 50 000 civilians murdered by the Germans over the first few days of the Uprising in the Wola city district.


In the evening, in the Piłsudskiego Square, as usual there was a very touching gathering of many people coming to sing the old songs of the time of occupation and rising. The event gathers hundreds of thousands of people because the atmosphere is unique and everybody feels proud to be a Pole.
Unfortunately, this year I did not manage to return on time from the cemetery.


The Insurgents were presented with an album with their portraits taken the previous year. There are 850 of them. Along one of the major streets in Warsaw, the album was put up on special stands.

Some 400 m further, on a fence of the Łazienki Park I found several posters presenting pre-war officers who took part in the Uprising, and found my Grandfather :) with the history of his military life. 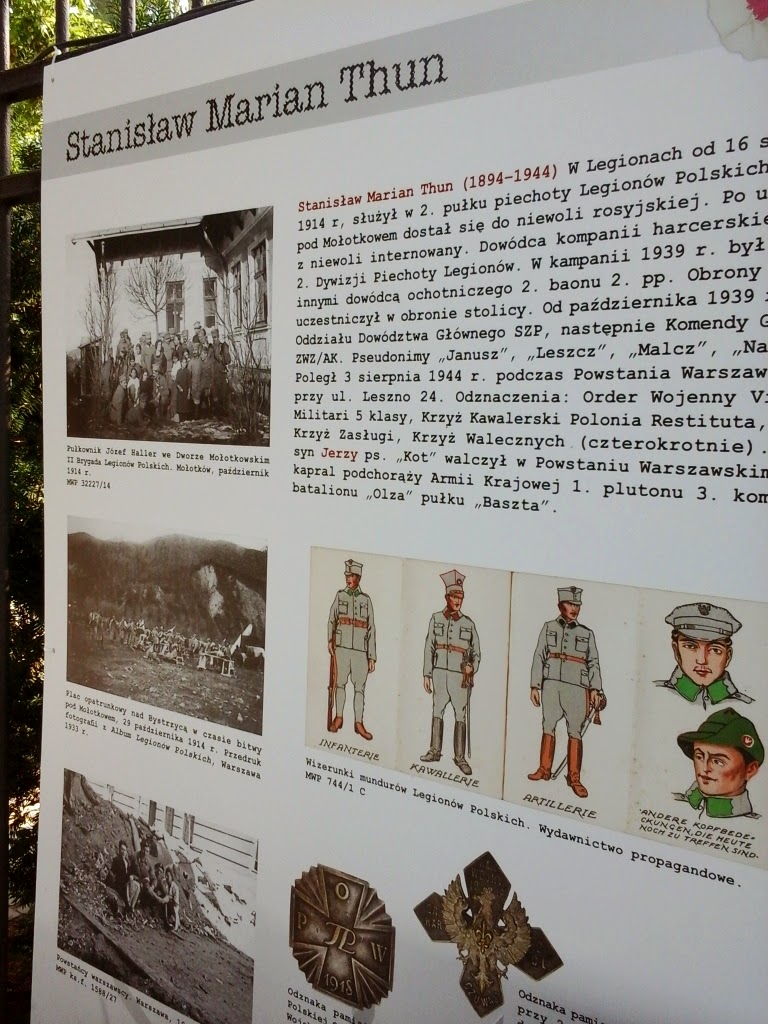 My late Father also took part in the Uprising although very soon his formation ceased existing due to heavy fights.
Yet, it is marked on his grave that he used to be an AK soldier (Armia Krajowa - Home Army). 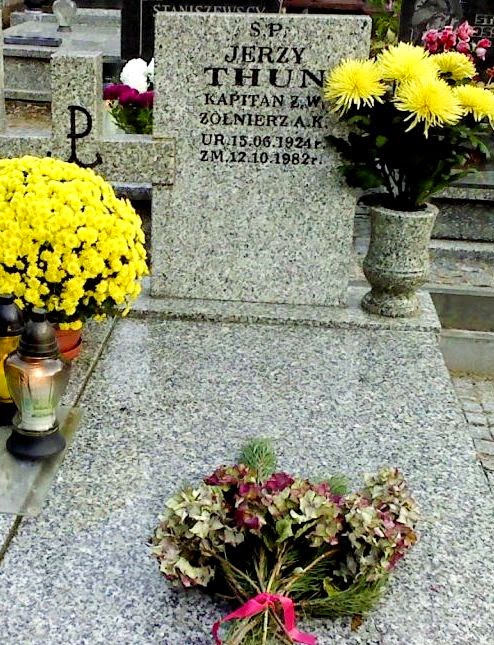 Although the Uprising was a military defeat, it was not in vain. As prof. Norman Davies put it 10 years ago when launching his book Rising '44 in the Gdańsk Shipyard, reputed for the Solidarity movement: "Solidarność would not be so obviously possible if not the Warsaw Rising of 1944".